Much of the land in Southwestern Pennsylvania was “Depreciation Land”, tracks of land land auctioned and sold off to servicemen in the late 1700’s at a time when this area was the wilderness of the west. It is therefore no surprise that Harrison Township began as a pioneer farming community in the early 1800’s

Harrison Township was incorporated in 1900 and had several neighborhoods; Natrona was there first, and as people started moving “up on the hill” they started new neighborhoods such a Ducktown, Birdville, Campton and Pughtown, all of which eventually became Natrona Heights.

The Burtner House, a National Historic Site, was one of the first homes built in what was to eventually become Harrison Township. Phillip Burtner and his two brothers, George and John, arrived in the Allegheny Valley in 1793 as scouts on the frontier and started building the home in1818. It was the residence for generations of Burtner family members and has been a reflection of the history of the community. The property once was a working farm, and people would stop at the house to water their horses before proceeding up the hill of what is now Burtner Road.

Allegheny Steel Company of Brackenridge (now ATI Flat Rolled Products, part of Allegheny Technologies) started operations in the very early 1900 as a part of the emergence of Pittsburgh as the steel capital of the world. Over the years it developed into a leader in the production of stainless and specialty steels, is one of the few steel mills in operations in the Pittsburgh area, is still growing, and is the township’s largest employer.

Harrison Township Historical Album (PDF) – please note that due to large file size the PDF may take a few minutes to load completely.

*this publication was from the Harrison Township Bicentennial Committee, 1976

1805 –  Highway from Sharpsburg to Freeport laid out; oil discovered.

1826 –  Construction begins on canal through the Valley.

1836 –  Deer Township split into East and West Deer; West Deer remains today as it was.

1852 –  First row of houses built on Federal Street by the Penn Salt Manufacturing Co. for employees.

1853 –  Canal filled in to make a bed for railroad tracks; Harrison family settled above Natrona.

1921 –  Work on Natrona Dam halted due to lack of money; Harbrack High School opens, 375 wooden steps built from Natrona to top of hill to the school; Citizens Bank of Natrona opens.

1940 –  Buses take over trolley line; Natrona storm sewer given OK to run from hill through Chestnut and Garfield Streets down the alley to the river. 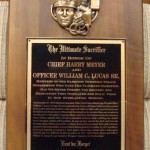 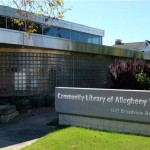 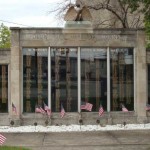